Apple has kicked off 2022 by unveiling an array of exciting new products during their Peek Performance keynote. Some of the highlights include a desktop Mac complete with new M1 Ultra processor and Studio Display, the third generation of iPhone SE and fifth generation iPad Air.

Read on for a quick recap of all the biggest announcements Apple made during the hour-long event. 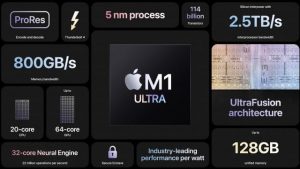 Apple debuted the latest edition to the Apple Silicon line up…the M1 Ultra! The Ultra bridges two M1 Max chips together to appear as one to the operating system, with double the power and speed. Running eight times faster than a standard M1 chip, while also supporting up to 128GB of RAM, the M1 Ultra is Apple’s new standard for performance and efficiency. While this impressive technical feat is only available in the Mac Studio for now, there are rumours we’ll be seeing more of it in upcoming announcements. 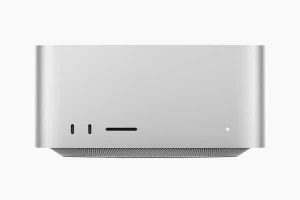 Speaking of the Mac Studio…it measures 7.7 inches square, 3.7 inches tall and is the perfect desktop for creative professionals! It has tons of I/O, with 4 x Thunderbolt 4/USB-C ports, 2 x USB-A ports, 1 x 10-gigabit ethernet port and 1 x HDMI port and 1 x audio jack on the back alone. On the front you’ll find two more USB-C ports and an SD slot. 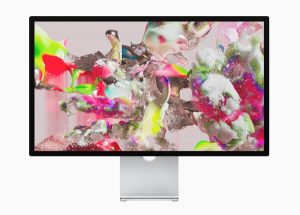 Alongside the Mac Studio, Apple has also announced the Apple Studio Display. Encased in aluminium, the Apple Studio Display is a more streamlined version of the 27-inch iMac monitor design. It has all the same capabilities as the iMac, with 5K resolution, the ability to handle up to 600 nits of brightness, P3 Wide Colour and TrueTone compatibility. But that’s not all, the monitor also features an A13 inside, with inbuilt 12-megapixel webcam (including Centre Stage), as well as a six-speaker audio system and three-mic array.

The Apple Studio Display is priced at $2,499 and comes with its own stand. Nano-texture glass and height adjustable stand are also available at extra cost. 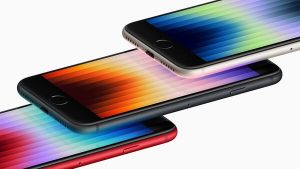 Apple also unveiled the third generation of the iPhone SE. Looks wise, this new incarnation resembles its second gen predecessor, with the same body and display as the iPhone 8. However, the inside of the iPhone SE has had a major glow up! The incorporation of the latest A15 processor has improved performance, battery life and added new 5G capability. The A15 has also enhanced image and video quality, without needing to make changes to the existing camera. At $719, there’s only been a slight price increase from the previous generation.

In addition to the iPhone SE news, Apple also showcased the iPhone 13 models in two new green colours. Both the regular and mini iPhone 13 are available in green, with the Pro and Pro Max having an Alpine Green option. 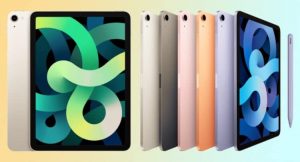 The iPad Air has been one of the most popular products amongst Apple’s consumers since the last update in 2020. For it’s fifth generation, Apple has announced a handful of internal improvements to the tablet. The iPad Air’s new 12MP front-facing camera and sensor will now support Apple’s handy Centre Stage feature, which automatically centres your face in the middle of frame during video calls. The iPad Air will also now house the same M1 processor as the iPad Pro.

While the price for an iPad Air will remain the same at $949, a 5G equipped cellular model will now also be available at $1,159.