Official Supplier to the Brisbane Lions

eStorm are pleased to announce our support for local AFL team, the Brisbane Lions, as we come on board as an official supplier.

Is this the end of iTunes?

Apple’s recent announcement that the TV app is coming to the Mac has led to the confirmation that, within the next major version of macOS, the system will also include standalone Music, Podcasts and TV apps, a long with a major redesign of the Books app. The upcoming release of standalone media apps has sparked […]

Everything you need to know about the new 2018 MacBook Air, iPad Pro and Mac Mini

Apple’s 2018 October Special Event held in the Brooklyn Academy of Music Howard Gilman Opera House in New York has come and gone, but not without leaving us with the new iPad Pro, MacBook Air and Mac mini.     One of the most loved Macs is back with some exciting new additions. Silver, space […]

All You Need To Know About the iPhone XS, XR & Apple Watch Series 4

The Service Centre is a series that highlights the best Apple tips and tricks that you can start using right now! We want to help you get the most out of your Mac by showcasing some of the best features you might not know about. In this episode of The Service Centre, we showcase 5 […]

In this series of Apple Tech Tip videos, we want to show you some of the best features you might be unaware of that Mac has to offer so you can get more out of your Mac. In this episode we delve into the power of the macOS Preview App where you can edit photos, […]

Move over Netflix and Stan – there’s some competition in town! Over the course of 2018, Apple is said to be spending as much as $1 billion on original TV programming…that’s a lot of television! While it doesn’t quite compare to the $8 billion Netflix is spending in 2018 – it’s still a big step […] 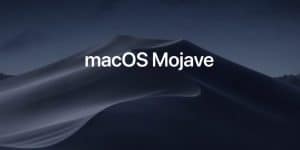 I know… it’s just an operating system, calm down…. but I’m VERY excited about this! Okay lets just jump into this because there’s a tonne of cool new changes that I’m totally geeking out over.   Dark Mode This is a feature that a lot of apps – correct me if I’m wrong but I […]